Gabriella Marcella is a Glasgow-based designer.

In 2012, Marcella founded RISOTTO Studio; one of the UK’s leading risograph print services, catering for a range of clients; from leading art organisations to bands and brands; quickly and sustainably. 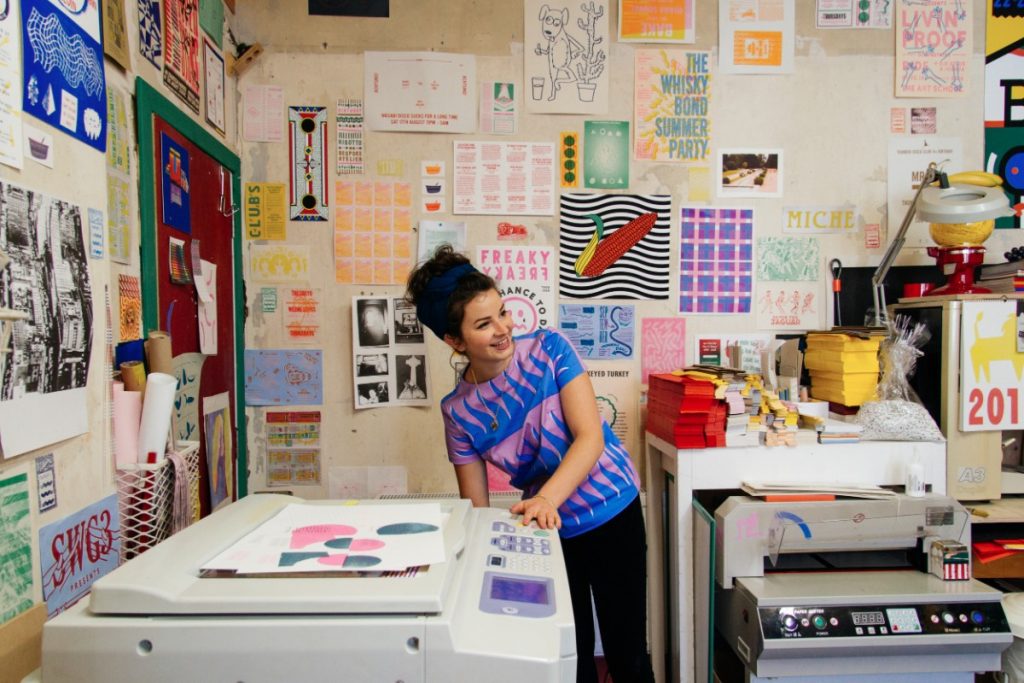 Since it’s beginnings, the studio has grown to deliver workshops and events, as well as producing it’s own line of stationery and limited edition products; where the notoriously colourful house style can be seen at it’s fullest. Best-known for their vibrant calendars and graphic t-shirts, RISOTTO’s products can now be found worldwide with stockists that include Liberty London, Selfridges, and Paperchase.

Outside the studio, Marcella’s work as a designer spans public art commissions, fashion collaborations, exhibition design and installation. Translating her processes from being exclusively 2D, to immersive 3-Dimensional projects, the bold and playful nature of Marcella’s work continues to play a dominant role over all her outputs. She has exhibited internationally, and collaborated with brands such as Puma, Swatch, and Dr Martens.

Marcella’s self directed practice takes inspiration from Friedrich Froebel; inventor of thekindergarten, exploring the principles of learning through play and how creativity can be supported by defining constraints of material, colour and form. Marcella questions how the simplicity of a module may set concise material parameters, yet be a tool for limitless and imaginative responses. In an increasingly digital world, what does it mean to get back to basics?